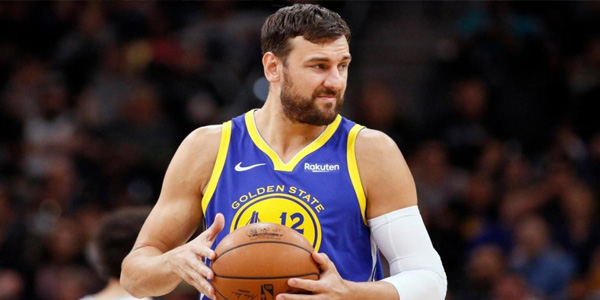 Andrew Michael Bogut is an Australian professional basketball player born on 28 November 1984. Starting 77 regular season games and playing in all 82, Bogut averaged 9.4PPG and 7RPG in 28 minutes. The greatest Australian to play in the NBA. The 7-foot (2.13 m) center began his career in the National Basketball Association (NBA) after he was selected by the Milwaukee Bucks with the first overall pick in the 2005 NBA draft. He earned All-NBA Third Team honors with the Bucks in 2010.

He was traded to the Golden State Warriors in 2012 and was named NBA All-Defensive Second Team in 2015, when he won an NBA championship with the Warriors.

He was traded to the Dallas Mavericks, where he played briefly before other short stints with the Cleveland Cavaliers and Los Angeles Lakers. In 2018, he returned to his home country to play for the Sydney Kings. After the end of the 2018–19 NBL season, Bogut signed back with the Warriors. 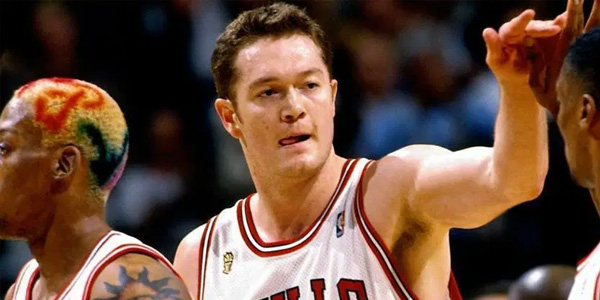 Lucien James Longley is an Australian professional basketball coach and former player born on 19 January 1969. Having a solid rookie year with averages of 4.3PPG/1BPG/4RPG in 15 minutes a game. He was the first Australian to play in the National Basketball Association (NBA), where he played for four teams over 10 seasons.

Longley most notably played for the Chicago Bulls, with whom he won three championships from 1996 to 1998. He represented Australia as a player at three Olympic Games in 1988, 1992 and 2000, and has worked as an assistant coach for the Australian national basketball team since 2013. 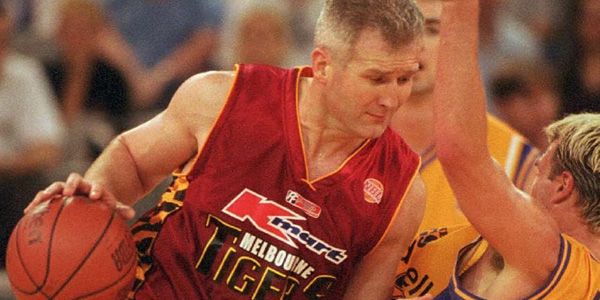 Andrew Barry Casson Gaze is an Australian former professional basketball player and coach born on 24 July 1965. He played 22 seasons in the National Basketball League (NBL) with the Melbourne Tigers from 1984 to 2005, winning the league's MVP award seven times and winning the scoring title 14 times. He also guided the Tigers to two NBL championships, in 1993 and 1997, and was named an All-NBL First Team member for a record high 15 consecutive years. Gaze has been described as one of the greatest players Australia has ever produced.

Gaze led the senior Australian national team, the Boomers, to five Summer Olympic Games – including as the flag bearer at the opening ceremony of the 2000 Sydney Olympics, and he was also the Australian Team Captain. 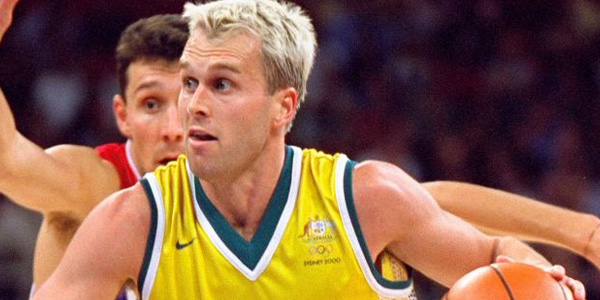 Many consider Heal's best international game came against the USA "Dream Team" in a warmup match for the 1996 Olympic Games in Atlanta. The game, played at the Delta Center in Salt Lake City, was won 118-77 by the US, though Heal topped all scorers with 28 points including hitting 8 of 12 three pointers. Heal had a running battle with NBA superstar Charles Barkley during the game with the two almost coming to blows at one point, though they hugged in mutual respect on-court after the game. 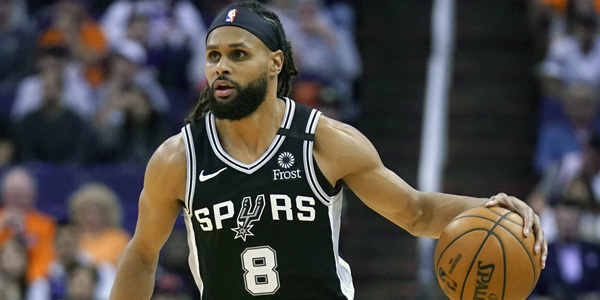 Patrick Sammie Mills is an Australian professional basketball player for the San Antonio Spurs of the National Basketball Association (NBA) born on 11 August 1988. Mills was selected by the Portland Trail Blazers with the 55th overall pick in the 2009 NBA draft after playing two years of college basketball for Saint Mary's. Mills was born and raised in Canberra, Australia, and is of Torres Strait Islander, Aboriginal Australian and Maori descent.

In 2007, he became only the third Indigenous basketball player to play for Australia behind Olympians Michael Ah Matt (1964) and Danny Morseu (1980–84).

Mills began his NBA career with the Portland Trail Blazers in 2010. In 2011, during the NBA lockout, Mills returned to Australia to play for the Melbourne Tigers of the National Basketball League (NBL). After playing in China with the Xinjiang Flying Tigers, Mills returned to the United States in March 2012 and signed with the San Antonio Spurs, where he has remained ever since. Mills became a strong contributor off the bench and helped the Spurs win the 2014 NBA Championship against the Miami Heat. Mills played in 64 games, averaging 5.5PPG and nearly 2 assists.

Teamwork is all about cooperation, where no individual is superior to another so work as a team with Colourup Uniforms.

In sports, choosing a unique team uniform design makes your team look slick polished, radiating confident energy towards opponents and to each other.

Create Your Own Custom Sublimated Basketball Jerseys with Colourup Uniforms.

We are the Specialists in all Kinds of Custom Sportswear and Uniforms.

Durable, comfortable and made from the best materials, trust the leader in personalised Basketball jerseys in Australia.

To give our customers more creative input in our Basketball Dress Design we have incorporated the Online Kit Builder into our website, allowing you to create the Best Basketball Jersey Design uniforms online.

Custom made Basketball Uniforms are made with high-quality fabric which gives you a cool, smoother and comfortable feel.

Design your own Custom Made Basketball Jersey Online with desired colour, team logos, name and number.