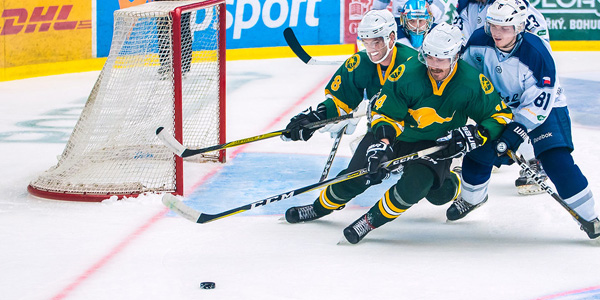 Ice hockey is a contact team sport played on ice, usually in a rink, in which two teams of skaters use their sticks to shoot a vulcanized rubber puck into their opponent's net to score goals.

The sport is known to be fast-paced and physical, with teams usually fielding six players at a time: one goalie, and five players who skate the span of the ice trying to control the puck and score goals against the opposing team. There are many ice hockey players in Australia, as the sport begins to get the recognition it deserves here, so we have listed some of the best Australian ice hockey players of all time. 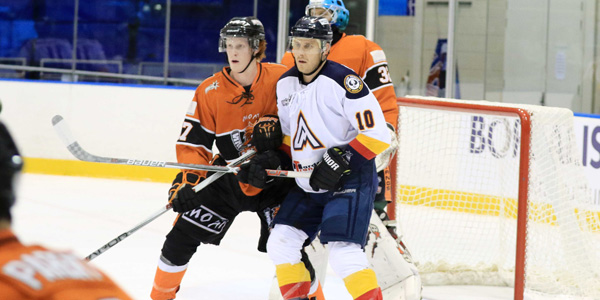 Greg Oddy is a former Australian ice hockey player who has been under contract with Adelaide Adrenaline in the Australian Ice Hockey League since 2008. Oddy was born on July 24, 1980 in Adelaide. He is the record scorer of the Australian national ice hockey team. Gregg Oddy began his hockey career in his hometown with Adelaide Avalanche, where he played in the Australian Ice Hockey League (AIHL) until 2008. With Avalanche he won the Australian Championship in 2000 and 2001 and the VIP Cup in 2007 as the winner of the main round of the AIHL. In the game-free Australian summer, which falls in the winter half of the northern hemisphere, he played from 1998 to 2001 with the La Ronge Ice Wolves in the Saskatchewan Junior Hockey League , in 2002/03 with the Romford Raiders in the English Premier Ice Hockey League , the second-highest British Division, and 2006/07 at HYC Herentals in Belgium Ice Hockey Eredivisie . After Adelaide Avalanche had to stop playing for financial reasons in June 2008, he moved to the successor club Adelaide Adrenaline, which in July 2008 initially took Avalanche's place in the AIHL under the name Adelaide A's. With the A's he won the Goodall Cup in 2009, which has been awarded to the AIHL master since 2002. In 2003 and 2012 he was top scorer of the AIHL. He has been the team captain of the Adelaide Adrenaline since 2011. In early 2018, he was elected to the AIHL All-Star team and then ended his career before the start of the 2018 season. 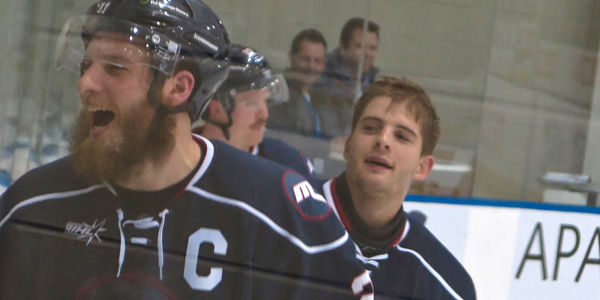 Lliam Webster is an Australian ice hockey player who has been under contract with Melbourne Ice in the Australian Ice Hockey League since 2004. Webster was born February 19, 1986 in Melbourne. Lliam Webster began his hockey career in his hometown with the Melbourne Jets, for which he was active from 2001 to 2003. Since 2004 he has been with Melbourne Ice in the Australian Ice Hockey League in the summer half-year, winter in the southern hemisphere. He also played from 2003 to 2005 for the Canadian junior teams Selkirk Steelers from the Manitoba Junior Hockey League and the Aurora Tigers and Thornhill Thunderbirds from the Ontario Junior Hockey League. The attacker then played for two winters for Vaasan Sport, for which he played in the 2005/06 and 2006/07 season each in a game in Mestis, the second Finnish professional game class, on which ice cream was. Mostly, however, he played for his U20 juniors in the second highest Finnish junior division. The 2008/09 winter season was spent in Webster Pferdeturm Towers in the fourth-class hockey Regional. For the Lower Saxony, he scored 31 scorer points in 18 games, including twelve goals. Since 2009 he has played exclusively at Melbourne Ice in the AIHL and won the Goodall Cup with his team in 2010 for the first time, the Australian championship title. In the 2010 season, the Australian international was just as team captain of his club since 2014. In 2011, 2012 and 2017 he won the Goodall Cup again with the Melbourne Ice. In 2011 he also won the H. Newman Reid Trophy with the team as the winner of the main round. In 2018 he was elected to the AIHL All-Star team. 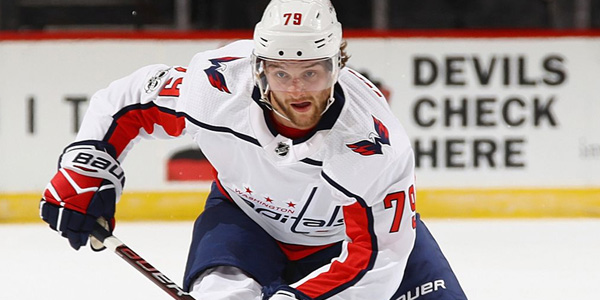 Nathan Walker is a Welsh born Australian professional ice hockey forward who is currently playing under contract to the St. Louis Blues of the National Hockey League (NHL). Walker was born on 7 February 1994. Walker, who was born in Wales, grew up in Australia and first played ice hockey there. He moved to the Czech Republic in 2007 to further his career, and joined the junior program of HC Vítkovice, a member of the Czech Extraliga. He first played for the senior team in 2011, becoming the first Australian ice hockey player to play for a professional senior team in Europe. Along with HC Vítkovice, Walker was loaned to several lower-level Czech teams.

In 2013 Walker signed with the Youngstown Phantoms of the junior United States Hockey League, moving to North America for the first time. He attended the training camp of the Washington Capitals in 2013 and signed with their AHL affiliate Hershey. Walker represents Australia internationally, and first played for them at the 2011 IIHF World Championship Division II tournament, where he helped his team win their group and earn a promotion to Division I for the following year. Passed over in the previous two NHL Entry Drafts, Walker was selected by the Washington Capitals in the third round of the 2014 NHL Entry Draft, the first Australian selected in an NHL draft. After a few years in the AHL, Walker joined the Capitals in 2017, the first Australian to play in the NHL. He was placed on waivers and claimed by the Edmonton Oilers in the same season but was reacquired by the Capitals after only two games with the Oilers and won the Stanley Cup with the Capitals in 2018.

Why are Custom Team Jerseys So Important? January 20, 2021

The Importance of a Custom Team Logo for Sports Jersey January 12, 2021

Can the Colour of Your Custom Jersey Help You Win? January 6, 2021